Discover the ancient city of Famagusta

Learn about History of Famagusta 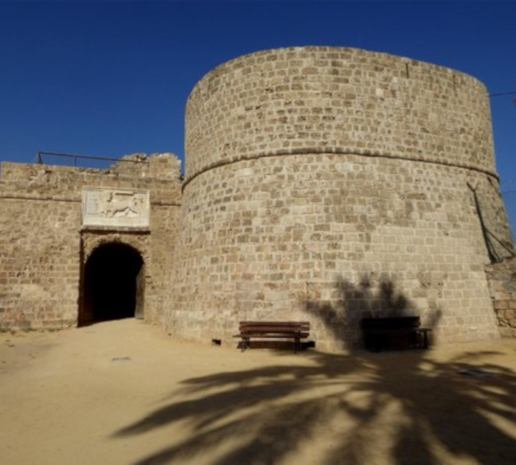 14th year castle named after Shakespeare’s play Othello was built by the ruler of Cyprus – Lusignans. In 15th century this so called impenetrable fortress was renovated and modernized by the Venetians. The castle comprises towers and corridors leading to artillery batteries. There is also a refectory, and a dormitory dating back to the Lusignan times. There are cannons, and iron and stone cannon balls belonging to the Spaniards and Ottomans in the castle yard. Four towers were connected by corridors, that were used to transfer soldiers from one tower to another as fast as possible. This structure stood the test of time. The height of the walls is up to 15 meters, and they are 5-6 meters in thickness. In the yard of the castle, tourists can find old cannons. It is believed, that Othello castle is the one described by Shakespeare as the place where the moor killed Desdemona (Shakespeare made it clear that the action took place in one Cyprus harbours, but historians know that Venetian governors used to live in the Famagusta castle). 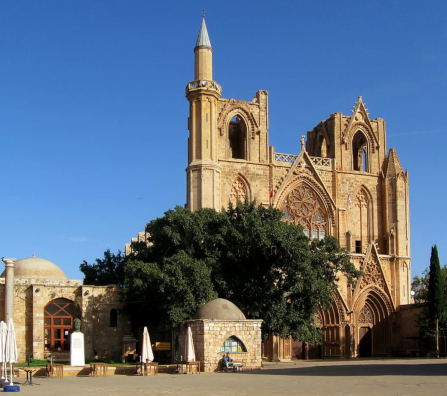 The largest medieval building of Famagusta was constructed from 1298 to 1328. Until 1372, the Lusingnan kings came here to be crowned King of Jerusalem-a purely ceremonial honour, since the Crusaders lost the Holy Land in 1291. As a great monument of Gothic architecture the Cathedral of St. Nicholas was inspired by that at Reims in France, particularly the twin towers. Only the lower sections of the towers survive and the north tower has been topped with a slender minaret. As is customary in the Eastern Mediterranean, the roof is flat.7 After the Ottoman Turks captured the town of Famagusta from the Venetians, the the St. Nicolas was converted into a Mosque and a minaret was added to the building. 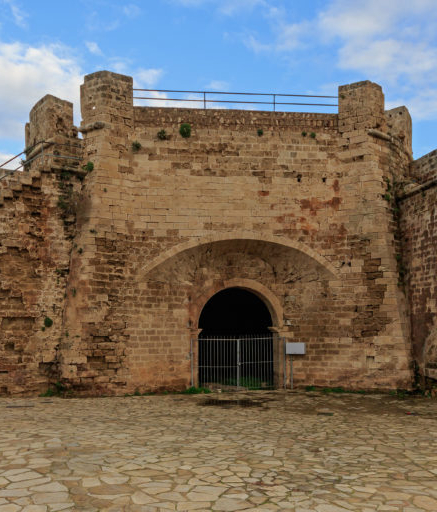 When the Venetians took over Famagusta in 1489, they immediately started to strengthen the walls. The Sea Gate, or Porta del Mare, was one of the earliest to be completed, in 1496. It was built by Niccolo Prioli in order to protect the entrance to the walled city from the Port of Famagusta. It was built at an angle, so that it was the first thing that mariners would see as they approached the city. Dominating the entrance, above the gate, is a large marble sculpture of the winged lion of St Mark, who was the patron saint of Venice. The lion holds a book in one paw, on it inscribed in Latin, "Peace to you Mark, my evangelist". It is thought that the marble for this sculpture was brought from Salamis. The wooden gate and portcullis, is a little later, dating from Ottoman times. 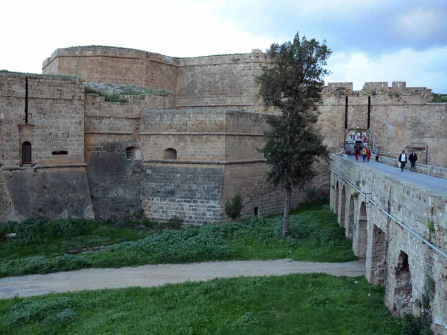 The Land Gate is one of the two original entries to the walled city of Famagusta, the other one being the Sea Gate, and is the most spectacular. It is the second oldest part of the walls, after the Othello's Tower. It is also the most interesting part to those interested in military fortifications. Over the centuries it has been called the Ravelin, the Rivettina Bastion and the Akkule, depending on who ruled Famagusta at the time. The original Ravelin was built by the French Lusignans as a tower that stood outside Famagusta's walls. Its function was to guard the main entry to the city which was nearby. It's name is from a corruption of the old French, reflecting its half moon shape.

A well-known family living in Famagusta for several generations establishes Garga Turizm in the year of 2018. The company aims to provide quality service to foreign and local tourist and make their stay more interesting in Famagusta.


How was your experience?

Leave us a review on 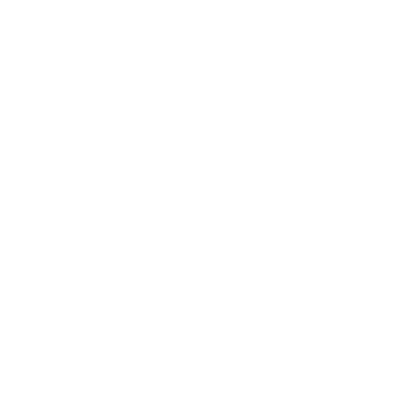 Get in touch and we'll get back to you as soon as we can. We look forward to hearing from you!